The Challenge of the river Ebro


The Challenge of the River Ebro

A short description of the river, its problems, the people’s resistance and strategy. An invitation to come with us ... 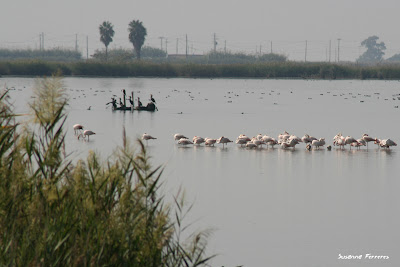 The River
The River Ebro is one of the longest rivers in Spain, with a length of 930 Km and a River Basin of 86,100 Km2. Its source is in Fontibre (Cantabria), and it passes through nine Autonomous Communities before flowing into the Mediterranean sea where it forms the Ebro Delta (Catalonia). It is the third longest river in the Mediterranean, after the Rhone and the Nile. Its ecological richness is recognized at national and international levels. Most of the Delta is a National Park, recognized as being of International Importance by the Ramsar Convention. It is a Special Protection Area for Birds (SPAB - 79/409/CEE), a Community Interest Area (CIA - 85/337/EEC) and, furthermore, it is currently under review to be declared a Biosphere Reserve (UNESCO).

The Problems
Environmental disaster
The intense use of its water throughout the Ebro Basin puts the river under strong pressure and affects its ecological functionality. The Delta is the most vulnerable part of the river, altered by the drastic reduction of water and sediment flows. This accelerates the deterioration of its water quality, with important pollution episodes, anoxia and salinization which cause strong imbalances in its natural ecosystems. This loss of biodiversity enhances the development of alien species, as well as the deterioration and disappearance of all kinds of life in the wetland, the coastal waters and the sea.
Currently, more than 90% of the sediments of the Basin are retained behind upstream dams. This lack of sediment flow causes important problems of regression and subsidence of the Delta. Research developed both by the Spanish Ministry and Catalonian Government, show clearly the loss of deltaic surface, as the rise of the sea level due to climate change worsens the effects of the lack of sediments.
Nonetheless, the draft of the Ebro River Basin Management Plan (RBMP) currently on the table does not propose any effective measures to improve this situation, nor does it monitor the evolution of environmental conditions, and so infringes almost all the environmental legislation currently in force.

Lack of democracy
The nine autonomous Communities involved definitely do not promote sustainable and integrated management. Instead, they support unlimited demand to increase water extractions for new irrigation areas and unsustainable uses, without taking into account the ecological necessities of the river.
Environmentally relevant amendments to the RBMP draft were not taken in account and decisions are being taken in line with the economic and political interests of only a few.
In fact, the agro-industrial lobby is extremely strong and aggressive in this River Basin because more than 90% of the basin’s water is used for irrigation and a huge interest exists in further developing irrigation channels to quench the thirst of highly polluting industrial crops and GMOs.
The Ebro Water Basin Authority still maintains the structure of the irrigation organization as which it was originally set up a century ago and it even acts in representation of the Spanish Environmental Ministry. This body includes in the Ebro River RBMP all the requirements and claims of this interest group without any technical or legal rigour.

Economic fraud
This RBMP will cost Spanish citizens about 800 M€/year for the 6 year period of this plan, but no cost-benefit analysis has been made, so it is impossible to know if any of these investments will effectively improve environmental quality in the basin or who is really benefitting from them. Economic accounts are extremely obscure, as the RBMP admits: “in many cases the identification of costs and revenues in the Ebro Basin are a mere estimation”. They also state that “the proliferation of public and private companies involved in water management in the basin, are an obstacle for the transparency of accountability of investments”.
As a consequence, cost recovery is just as obscure as the general accounts. Estimated data in the RBMP is not realistic and according to our analysis this is actually limited to less than10% of real investment costs. No auditing is ever done to verify if public money is properly spent and we detected different accounting “tricks” which overrate infrastructure’s yields and undervalues their total cost.
Indeed, environmental costs are identified as the costs of environmental measures, which leads to false figures, “end of the pipe” solutions and does not identify the actors who determine the pressures. Therefore, this RBMP doesn’t respect the “polluter pays” principle nor does it use economic tools to enhance environmentally better practices in the Basin.

Technical incoherence
The new RMBP admits an average reduction of around 15% of the natural flow of the River Ebro during the last 25 years, caused by the combined effects of climate change and soil use changes. Despite this evidence, the effects of climate change are still underestimated in this plan, which foresees a 5% reduction (H-2027) of freshwater flow, while peer reviewed research foresees reductions in a range of 10% to 20%.
This data is in contrast with the program of measures of the Plan, which plans to start up 445 000 Ha of new irrigated land (extending the 900 000 Ha already existing) and which would need both an ulterior water demand of 3,000 Hm3/year and the construction of new dams with a capacity of 2,000 Hm3.
In the name of “efficiency” and financed as “environmental measures”, the Ebro RBMP foresees the modernization of 430,493.44 Ha irrigation land, which would be interesting if this would help to recover environmental flows. On the contrary, our experience observing modernization processes during the last 10 years shows us that recovered flows are used to amplify pressurized irrigation systems on previously rain fed land. As stated beforehand, these processes are highly subsidized by public funds even though existing irrigation infrastructures have proven that small and more sustainable farms do not benefit from these investments because of high energy costs and changes in the farms economy.

This is only one example, in our blog you can find a huge amount of technical and scientific analysis which identify a list of relevant data proving that the Program of measures is not coherent with the environmental objectives and will only benefit those actors involved in the construction of grey infrastructure. Do we need to continue increasing this building “bubble” in Spain? 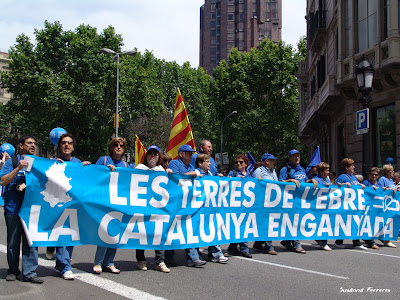 The people’s Resistence
The people of the lower Ebro valley in Catalonia have been campaigning to protect the river Ebro and its Delta since the 1970s. There have been many threats to the river and its eco-systems which, in turn, are threats to the local people, dependant as we are on the Ebro for our livelihoods and a way of life.
In 2000, with the aim to block Spanish government’s “infamous” National Hydrological Plan (NHP, 2000-2004), local citizens decided to come together to form the social movement, the Plataforma en Defensa de l’Ebre (PDE, Ebro Defence Group). People from all walks of life form part as well as many local associations; without any official membership nor hierarchy, it is merely a coming together of volunteers who believe we can defend the river and its natural areas. Thousands of people have done whatever they can to aid the cause – demonstrating, letter-writing, preparing banners, fund raising, preparing scientific reports, and so on. During our campaign against the huge water transfers proposed in the NHP, 15 000 demonstrators marched through Brussels on 9th Sept 2001.

"No passarán!" These problems are not merely Catalan problems, but European ones. The Ebro Delta is one of the most important, and fragile, natural areas in southern Europe and its demise would be a sad reflection on EU environmental protection.

The Strategy
The lack of political will to consider water protection policies as a constraint on other sectorial policies and the overestimation of available flows is leading to a chronic situation of scarcity, while leading to more and more water related conflicts in the region.
The Ebro RBMP is already two years behind schedule and having seen the Draft Copy we firmly believe that the government intends to ignore EU environmental legislation and carry on its traditional fait accompli politics.
The Court of Justice of the European Union condemned Spain for this delay in the elaboration of its RBMPs. we want to strengthen these processes which call on the responsibility of Spanish Authorities. When RBMPs will be handed in to the European Commission for evaluation, we want all the people involved to know what is going on in the Ebro basin and wish to enhance a better management plan for 2015-2021.

Over the last three months we have collected over 11,000 signatures, presented them to the Commission and lodged them with our Petition (0938- 12) to the European parliament with the request that they take direct action to ensure that EU legislation is applied correctly.
The technical and legal analysis of the draft copy of the Plan give us plenty of well documented argumentations to defend our statements and support our Petition.

Your support!
We invite you to come with us ... please check our movements and information on this blog and pass on this story to your contacts and fellow organizations.
We need support from social movements and NGOs in Brussels in order to avoid European institutions approving this kind of mismanagement in the Ebro and elsewhere. If we stop the Ebro Delta from destruction, this will be a strong example for all other basins as well, because we know we share the same problems, especially in the Mediterranean area.

Please declare your support to our petition here (soon we will have a link to a form for support) and let us know if you want to come over to visit the Delta and enjoy its wonders!

Email ThisBlogThis!Share to TwitterShare to FacebookShare to Pinterest
Labels: ebre

The Plataforma en Defensa de l’Ebre (Ebro Defence campaign group) and Ecologistes en Acció de Catalunya are working on this project which aims to improve the implementation of the Water Framework Directive in the Ebro river basin.

We believe it is important to spread awareness in the public domain of relevant information regarding this EU legislation so that we, as European citizens, can follow this process and its opportunities for a correct protection of the Ebro ecosystems and the livelihood and lives of the Ebro citizens. 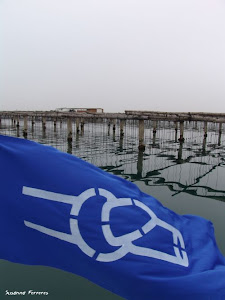